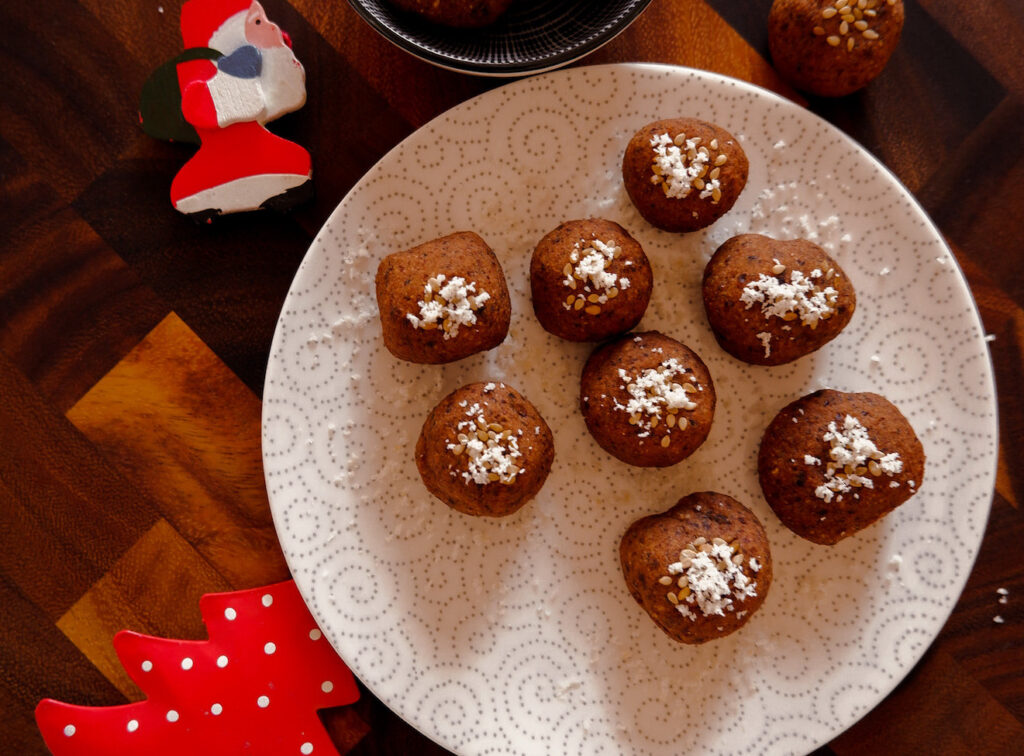 The holiday season has officially arrived, and you know what that means. It’s time for the scent of warm, fresh-baked cookies to fill your home! Today, I’ll be sharing three of my favorite recipes for Christmas baking.

Not only are the flavors absolutely DIVINE, but every cookie contains at least one superfood. (So you can actually feel good about indulging!)

The Power of Superfoods

Though you may know the word “superfood” means something healthy, do you really know how powerful superfoods are for your body? I’m sharing the power behind the cookie within each recipe, so you don’t have to feel guilty about this pleasure!

These unique cookies contain nutrient-rich Goji, Buckwheat, or Teff, all three of which have major health benefits.

Read on for three of my absolute favorite homemade cookies that are perfect for Christmas baking.

Ground pumpkin seeds give the macaroons the crunchiness, cranberries and goji berries provide splashes of color, the former for fresh acidity, the latter for a superfood kick.

The amount given is for one baking sheet.

The Superpowers of Superfood Goji:

This small orange-red berry is said to make those who enjoy it both healthy AND happy. It’s been considered a miracle fruit in its native China for more than 2,000 years.

In traditional Chinese medicine, Goji berries are used to maintain vitality as an anti-inflammatory and antioxidant. Did you know they’re called lucky berries in Tibet?!

The secrets of the goji berry include good eyes, a good mood, and a long life. It’s really an anti-aging miracle berry! HOWEVER, don’t overdo it with the amount of this highly effective superfood. Chinese healers use the berries as medicine, and consumption should not exceed 1 tablespoon per day (with some complete pauses from time to time).

Vanilla crescent cookies have a bit of a bad, or should I say, “crumb-y reputation”. Just working with the dough can drain your patience. Try this recipe instead; it’s genius! (And it is one of my all-time favorite recipes for Christmas baking.) The gluten-free shortcrust pastry is incredibly tender and melts in your mouth!

The Superpowers of Superfood Buckwheat:

The pseudocereal buckwheat is gluten-free and rich in vitamins, minerals, and high-quality protein.

Buckwheat is related to rhubarb and sorrel, and it’s classified in the knotweed family. It has a slightly nutty-tart flavor and has been cultivated in China for nearly 5,000 years.

Buckwheat is most known for its high-protein content. It’s also unusual for grains to contain vitamins and minerals. Buckwheat contains:

Buckwheat also has the highest content of rutin from a natural source. Rutin is one of the flavonoids that can enter the brain through the blood. Our brain benefits from its ability to improve memory and help synapses connect better.

Here’s another one of my most popular recipes for Christmas baking that will have all your guests asking for more. Feel free to share the link to these recipes with them!

The Superpowers of Superfood Teff:

The roots of teff flour can be traced back to Ethiopia and Eritrea. Teff flour is milled from the unhulled kernels of the pseudocereal. Teff, which is also called dwarf millet, has all the advantages of whole-grain flour.

Athletes especially appreciate the high iron content of the cereal because it helps regulate oxygen levels and can thus influence endurance. Teff’s minerals help the body recover after strenuous exercise, which is why products made from this millet flour are an excellent source of energy after sports.

Which recipe are you most excited to try?! Do you have another recipe for Christmas baking I need to test out? Let me know in the comments below or on my Instagram!

PrevPrevious ArticlePracticing Gratitude: How to Shift Your Perspective
Next ArticleSetting Intentions in the New YearNext 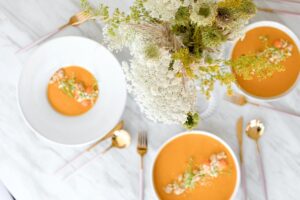 Refresh Your Mind and Body with the F.X. Mayr Cure at Park Igls

Are you looking to surround yourself with the peaceful sounds of nature and incredible landscapes while detoxifying your body, mind, and spirit? 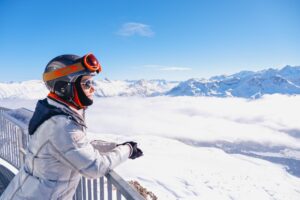 Overcoming Depression and Anxiety in the Winter Through Travel

For many, the changing of seasons can be a wonderful time of the year. However, not everyone greets these seasonal changes with the same sense of enthusiasm. But why do we feel this way, and what are some of the cures for seasonal depression? 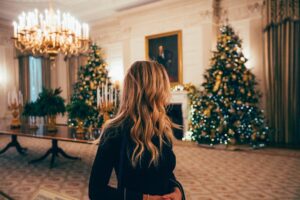 How To Set Healthy Boundaries With Family During Holiday Gatherings

It’s the most wonderful time of the year…until you have holiday family drama.  Learning how to set healthy boundaries with family is a valuable skill to practice during the holiday season.

Subscribe to the blog and get exclusive travel tips, guides and more!

Work With Me
Work With Me
We use cookies on our website to give you the most relevant experience by remembering your preferences and repeat visits. By clicking “Accept All”, you consent to the use of ALL the cookies. However, you may visit "Cookie Settings" to provide a controlled consent.
Cookie SettingsAccept All
Manage consent

This website uses cookies to improve your experience while you navigate through the website. Out of these, the cookies that are categorized as necessary are stored on your browser as they are essential for the working of basic functionalities of the website. We also use third-party cookies that help us analyze and understand how you use this website. These cookies will be stored in your browser only with your consent. You also have the option to opt-out of these cookies. But opting out of some of these cookies may affect your browsing experience.
Necessary Always Enabled
Necessary cookies are absolutely essential for the website to function properly. These cookies ensure basic functionalities and security features of the website, anonymously.
Functional
Functional cookies help to perform certain functionalities like sharing the content of the website on social media platforms, collect feedbacks, and other third-party features.
Performance
Performance cookies are used to understand and analyze the key performance indexes of the website which helps in delivering a better user experience for the visitors.
Analytics
Analytical cookies are used to understand how visitors interact with the website. These cookies help provide information on metrics the number of visitors, bounce rate, traffic source, etc.
Advertisement
Advertisement cookies are used to provide visitors with relevant ads and marketing campaigns. These cookies track visitors across websites and collect information to provide customized ads.
Others
Other uncategorized cookies are those that are being analyzed and have not been classified into a category as yet.
SAVE & ACCEPT